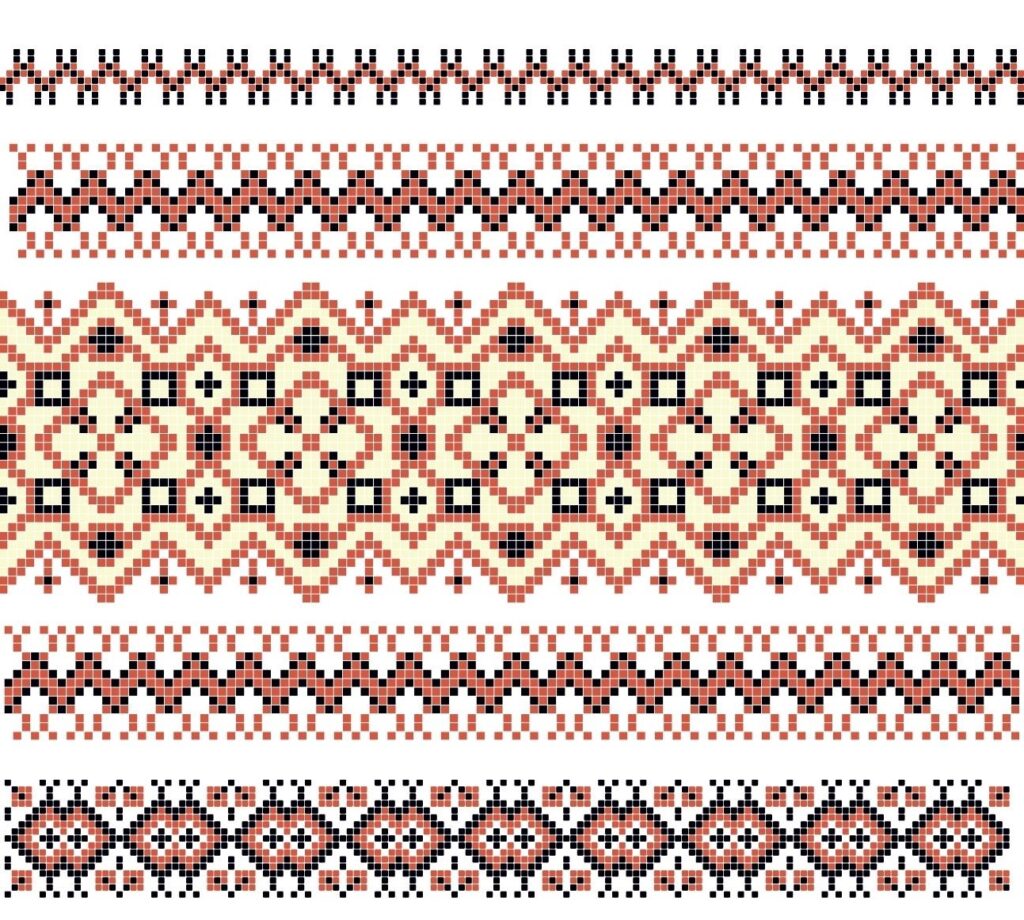 Pomfret Public Library is hosting an exhibit of heirloom traditional Ukrainian embroidery and contemporary pieces by award-winning textile artist Iryna Ostapchuk Huling during the month of April. Iryna immigrated to the United States in 2007. She and her husband and three children have lived in Pomfret since 2019. “Stitching is something I always liked. In any form.” Says Iryna. “It is an anchor that lets me better understand my roots, visually enjoy and appreciate culture, learn new things. I can tell my story with my stitching.”

Embroidery is integral to the Ukrainian national identity and culture. The traditional designs are rich in symbolism and have regional variations with many geometric forms and plant ornaments. It’s used in folk wear, household linens, and the rushnyk, a cloth used in ceremonies such as weddings and funerals. The work can be multi-colored, but white-on-white with openwork is common, as is predominantly red, red-blue or red-black combinations.

Pomfret Public Library is offering take-and-make kits to make your own cross stitch bookmark or small wall hanging with a Ukrainian motif or theme. If you’ve not done counted cross stitch before, you can learn how at our weekly Common Threads Stitchery group at Pomfret Public Library, Wednesdays at 10:30 AM. Iryna will be there if you would like to talk with her about her handwork, Ukrainian culture, or her relief efforts on behalf of the people of Ukraine. She will also be available on Saturday April 9th from 11 am – 12 noon.